There are some technical things on this website that I was trying to work on last Saturday. I went to Twitter and searched for popular bloggers. Perhaps I could learn from the way they set up their blogs and do mine the same way. After searching the word “blogger,” however, an article popped up in which a Christian blogger distastefully suggested that any Christian who commits suicide goes to hell. I went to the article…not to hear the silly opinions of the blogger…but to find out who the pastor was. Halfway into the first paragraph, I read “Jarrid Wilson suicide” and my heart began to race. Oh God no.

I did a quick internet search. I don’t know what I was hoping for. Perhaps that I’d read it wrong? That it was someone else? A morbid wish, I’ll admit. Even if it was someone else, the fact remains that a pastor took his life. Whoever he was, his family, friends and followers are all devastated right now. The truth is that I didn’t want it to be the guy I knew…not Jarrid Wilson…not the wild-fashioned Californian with a young wife, two little boys and a huge social media following.

But all the articles from my search confirmed it. Wilson took his own life late on Monday night, September 9, 2019. I never met Jarrid. I never communicated with him except for a few tweets we exchanged. And I know that most of his followers followed him more closely than I did. Nonetheless, I’m crushed and full of sorrow for Jarrid’s families…the family he was born to and the family he created with Juli.

Jarrid Was an Inspiration

I’d loosely followed Jarrid’s life and ministry for many years…at least since 2012. Just a regular guy finding his way through life. But passionately vocal about following God. He had an eclectic sense of style, wild hair and a clear determination to be different.

Jarrid was more than a decade younger than me, but he was a continual inspiration for me. He got things done. He wrote books and got them published. And he sincerely engaged on social media with those who followed him, myself included. Then he got married and became a father around the same time I did. All the while, he secured jobs and speaking engagements all over the country. I thought to myself; “there’s nothing this talented guy can’t do.” (tag: Jarrid Wilson suicide)

I’m asking “why” questions just like everyone else. I hope you’ll excuse me if I articulate some of those questions here on this post, though they might seem insensitive. First, the most obvious one; how does someone with so much going for him take his own life? It was an abundantly rich life. Jarrid was making such an impact in so many people’s lives. And even if he didn’t have a big following online or at his church, he was the undisputed hero in his home to his little family. He meant the world to them.

Yes, the Enemy was lying to him and oppressing him. But Jarrid must’ve had a thousand realizations that the horrible things he was hearing were not true. How many times did he look around and clearly see the value of his life? I don’t understand this.

If he knew he struggled with depression, why did he own a gun or have access to a gun? I don’t know the circumstances. I don’t know whose gun it was. Please don’t take offense to the question. It’s an honest question and I’m sure many people are asking it.

Several articles have already been written about Jarrid’s life and death. Many of them include a prompting to contact a suicide hotline if you’re thinking of ending your life. I have a similar note at the bottom of this post. Another important suggestion I would add is that if you suffer from depression, do whatever you can in your non-depressed moments to remove things with which you could harm yourself. Also, please reach out to others so you don’t have to fight alone. 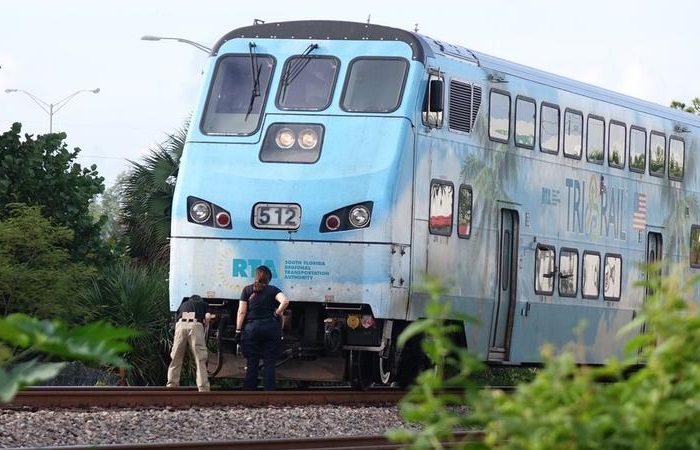 I don’t hold any of this against Jarrid. Horrible forces were clearly targeting him over a long period of time. I don’t have to experience that oppression to know that it must be like hell on earth. Battling this every day for years must be exhausting. It wears you down. And I’m very sorry that anyone is going through it.

At no point would I ever diminish or dismiss the pain of depression. I would imagine that in a depressed person’s darkest moments, the biggest lie they hear is some version of “no one cares,” “no one knows” or “no one realizes.” All I hope to accomplish with this post is to leave an echo in that person’s mind they’ll never forget; it’s a lie. It feels real and true to every one of your senses, but it’s nothing but a lie. Also, consider that the voice will often use something that is true, some failure of yours or whatever…and that’s what it uses to create the lie.

Do you remember the character of Professor Nash in the movie, A Beautiful Mind. He saw, heard and communicated with people who weren’t actually there. He was imagining them. But they felt real to him. It took him years to realize and accept that they weren’t real. He had to repeatedly speak the truth to himself; “they’re not real.” Even later in his life when he seemingly had it under control, he still saw them. He just didn’t engage with them anymore.

I don’t exactly know what I’m trying to say here. Hopefully it resonates with someone. It’s a battle between truths and lies. It’s not something you should be fighting alone. (tag: Jarrid Wilson suicide)

I look at Jarrid and Juli’s pictures on Instagram and I’m just dismayed that his life is over. I look at the pics of his boys and it’s crushing to know they no longer have him. And I can’t even fathom the grace that is on Juli right now as she sorts through his affairs. She has posted a few times since his death…and I just can’t imagine her sorrow. I’m so sorry Juli…to you, your boys and his big family. What a beloved young man he was. He made an impact in my life and I’ll never forget him.

Happy 1st birthday in heaven, baby ♥️ Today, you would’ve been 31. You lived more in those years than most could in 100. I’m blown away by all God did in and through your life! We planned to go to a cabin with friends this weekend. We planned on burritos and your favorite funfetti cake. And of course, we planned on lots and lots of fishing. When I asked what you wanted for a gift you’d say, “nothing” and finally go on to shut me up by saying that “fishing line or some tackle would be just fine”. You were simple like that. I loved it. I can’t help but think of everything we could be doing together today, how we should be celebrating all the wonderful things that made you, you…but I am so thankful that through Christ, I am not limited to an earthly perspective. Today, you are doing what you were CREATED to do. You are worshiping the king of kings face-to-face. You are complete and whole, not lacking a thing. How could I not find peace in that? Our hearts are broken here. We miss you beyond what words can convey. The pain is so deep, raw and surreal, but we hold on to hope as an anchor for our souls. It is firm and secure. We WILL see you again. I love you, jare. ⚓️🎈

Jarrid Wilson Suicide | The Devastating Death of a Christian Leader

If you or someone you know is considering suicide, please contact the National Suicide Prevention Lifeline at 1-800-273-TALK (8255), text “home” to the Crisis Text Line at 741-741 or go to suicidepreventionlifeline.org.