Most afternoons around 3pm, I get in the mood for a hot coffee and a tasty pastry. It doesn’t matter how blazing hot it is outside. I simply gotta have a coffee and a cookie or anything else that was baked with some sugar.

I usually have one tasty treat or another in my desk drawer, but not today. Fortunately for me, the vending machine in the employee break room is loaded with all kinds of candy and baked goods. I’ve passed this machine on several occasions and surveyed its assortment of sweet snacks. And I always sorta knew that when it finally came time to buy something, it would be the Cheese Danish by the Cloverhill Bakery. I always thought this delightful danish of fluffy flavor and me were meant for one another.

Well, today was that day. I popped in the .80 cents which I borrowed from the HR girl. The coily thing spun around and down came the danish. 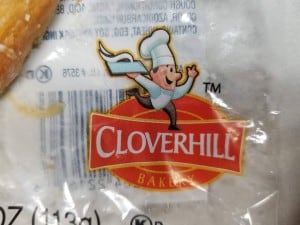 I’d never heard of the Cloverhill Bakery before. But judging from the cute little chef on their logo, I can only suppose that it’s run by elite bakers who have the highest of standards. The cartoon baker guy is smiling and holding up a tray of baked goodies which fill the Cloverhill kitchen with a fresh aroma. And not only that, he appears to be scurrying himself from one place to another, presumably to guarantee the quality and freshness of whatever he just baked. Very clever, Cloverhill…very clever.

Leading up to the climactic purchase of the danish, I poured some weak Folgers coffee into a styrofoam cup and followed it with a couple of pumps from the Coffee-Mate liquid thingy.

Upon reading the long list of ingredients that went into my cheese danish, I realized this was no simple product. I’ve eaten pastries at some of the finest bakeries in Paris…and none of them even came close to the number of ingredients which Cloverhill generously included in this danish.

Along with a heaping portion of enriched flour, sugar, margarine and natural flavors, the culinary experts at Cloverhill took it a step further by adding xanthan gum, ammonium sulfate, propylene glycol, azodicarbonamide and lots of other stuff I’ve never heard of. I can only imagine the subtle complexities and delicate notes of flavor that are achieved by this recipe.

However, the time for imagining had come to an end as the moment arrived for me to dig into my danish. I carefully slit the wrapper open as I didn’t want to tear it too much. This ain’t my first time around a cellophane-wrapped pastry, so therefore I’m well aware of the importance of keeping the wrapper intact.

Rarely will I finish off a pastry in one sitting. By keeping the wrapper together, I’m able to wrap it back up to lock in the freshness. This allows me to continue enjoying the pastry over the following days and weeks. Where else can you get that kind of value for just .80 cents?

Though I’ve eaten my fair share of danishes over the years, I made the rookie mistake of touching the top of it, which immediately covered my fingertips with white icing. I wasn’t prepared for this type of error. I could’ve immediately gotten up to wash my hands and remedy the situation, but I didn’t want to get sidetracked from writing this review. So the majority of that icing is now on my keyboard.

After nibbling away a third of the 4-inch diameter of the danish, I was surprised that I had not yet arrived to the cheesy part that was promised on the package. I knew it had to be in there somewhere. I figured that the simple task of injecting cheese into the danish likely fell to an apprentice chef at Cloverhill…probably a young lad who aspires to reach the culinary greatness of the veteran bakers at Cloverhill. But alas, the young apprentice had seemingly forgotten to inject cheese into my danish. 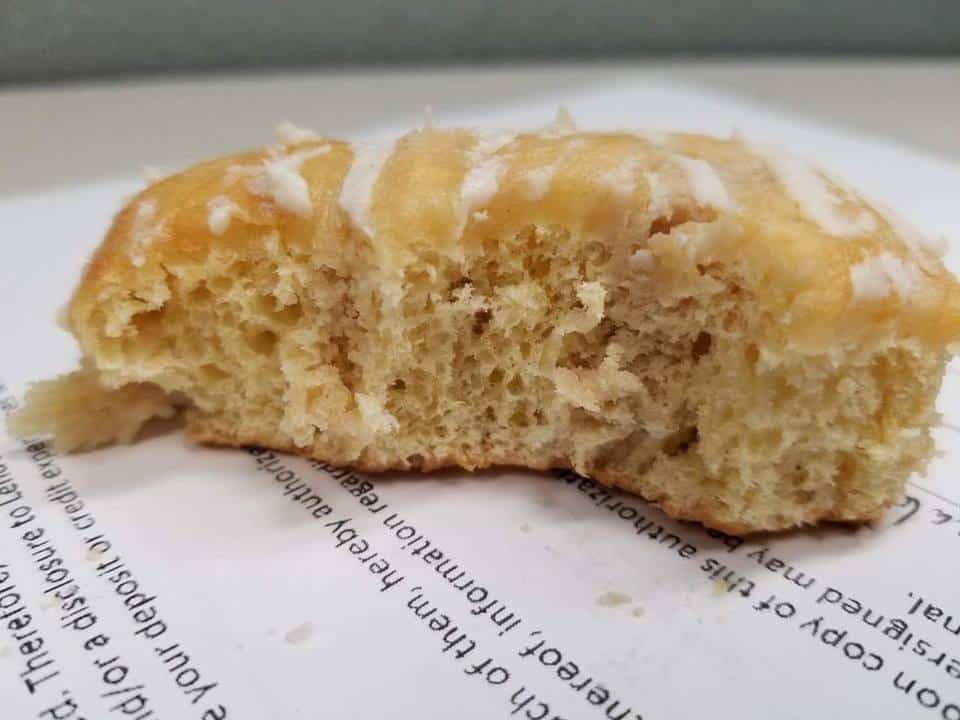 Moments later, however, I realized that the “cheese” of the danish was the brown, pasty layer which rested on top of the danish, below the icing. By anyone’s standard, this was some courageous cheese placement. Considering that the danish would remain in a vertical position in the vending machine for several weeks, I personally would’ve been reluctant to rest the cheesy layer on top of the danish for fear that it would slide off. But what do I know? I’m just a partaker, not a baker. The wizards at Cloverhill clearly did their research. They applied the 1/8” layer of cheese to the surface of the danish with full confidence that it wouldn’t move at all. Brilliant!

I must confess that I was somewhat disappointed when the danish began to fall apart as I tried to put it back in the wrapper. My lukewarm coffee had altogether lost its appeal, so I tried to save the danish for another day. Danish disintegration is simply not supposed to happen. While Cloverhill clearly mastered the pasty properties of the cheesy layer, they apparently overlooked the cohesion of the danish itself, which is unacceptable. Perhaps Cloverhill is trying to save money by skimping on the xanthan gum or whatever ingredient is used to keep the danish together. In any case, they really need to fix this. It’s the only negative thing I have to say in an otherwise glowing review.

My futile attempt to reassemble the danish resulted in me getting even more icing all over my fingers, hands, clothes, desk and keyboard. So I must unfortunately cut this review short, which is too bad because there’s so much more I can say about this danish.

Bottom line, Cloverhill makes a pretty good cheese danish which is perfect for mid-afternoon snack times. However, I strongly encourage you to keep some wet napkins nearby while you enjoy it. Goodness gracious, this white icing is everwhere. The keys on the keyboard are starting to stickkkkkkk when I press them downnnnnnn. It’s actually pretty gross. I hope this doesn’t contribute to my ant problem.

Anyways, that’s all I have for you now, fine foodies. Happy eatingggggggg. 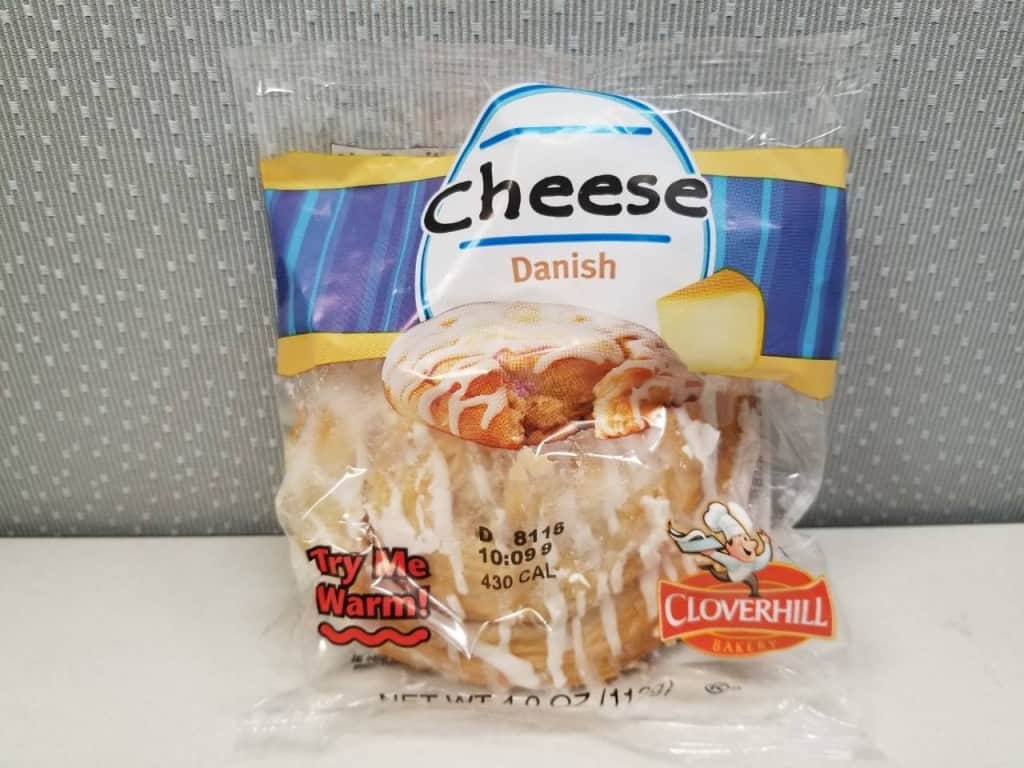