Dog Embarrassed By His Pathetic Owner

BOULDER, COLORADO – It was another disappointing day in the life of Emerson. The 8-year old Golden Labrador spent today like he spends most days…staring out the window, imagining the awesome life he could’ve lived if only he had a different owner. 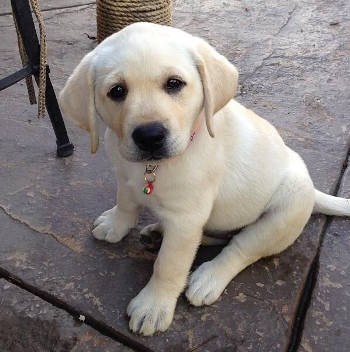 33-year old Jeremy Gibbens is the sorry excuse for a human who owns Emerson. He’s had him since he was a puppy. Although Jeremy is quite content with the simple life he’s living, it’s a total embarrassment and a huge source of resentment for Emerson.

It all started 8 years ago when Emerson was still surrounded by his golden brothers and sisters. One after another, they were picked up and taken home by a loving family. Emerson felt pretty good about his own chances of going home with an awesome family or at least a cool bachelor. But alas, it wasn’t meant to be.

ANYBODY BUT THAT GUY

Local loser Jeremy Gibbens just happened to be walking around in the area after meditating in a nearby forest. He had no intention of buying a dog that day, but came across the puppy sale by accident. Emerson was immediately suspicious when he noticed Jeremy was wearing Crocs and carrying a man purse.

Emerson immediately left his mother’s teat and tried to hide behind her. He felt bad for whichever sibling of his would be taken home by this loser, but it most certainly wasn’t going to be him.

“Ooh I’ll take this rambunctious little fella who’s jumping around. He’ll keep me company when I get lonely.”

Emerson whimpered and yelped as he was picked up and handed over to Jeremy, who smelled like ramen noodles. On the ride home in Jeremy’s Toyota Prius, Emerson cried as Jeremy described the miserable life he had planned for both of them;

“I’ll call you Emerson, the name of my favorite poet. We’re gonna watch movies together. You can hang out with me as I make my homebrew kombucha and practice my ukulele. We’re gonna be the best of friends, you and me.”

The sad irony is that kombucha day has become one of the few highlights of Emerson’s life, which isn’t saying much. Jeremy makes the disgusting beverage outside on the second-floor balcony, so Emerson gets to be outside and explore all four corners of the 5′ x 7′ patio. 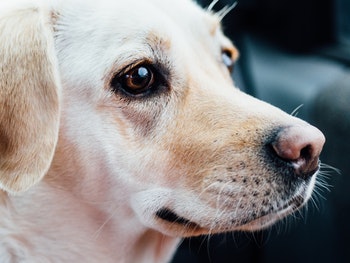 The view is all the more depressing in a beautiful college town like Boulder. Everywhere you look, good-looking, young people are socializing, working out and doing fun stuff. And they all seem to have dogs. And those dogs can hardly contain the joy and satisfaction in their canine souls as they run around and play with their owners.

Meanwhile, the feeble white body of Emerson’s owner sits motionless on the recliner for hours at a time. He’s always staring at one screen or another, clutching an Xbox controller or talking on a headset to people who aren’t in the room.

Jeremy consistently feeds Emerson and regularly takes him outside for what he calls “poopies.” If Emerson didn’t need to pee so badly, he’d probably pass on the chance to walk outside with Jeremy. It’s just so freakin’ embarrassing.

The females in the neighborhood all dismiss Emerson when they see his pathetic human. Emerson occasionally gets to sniff the Collie next door, but he knows that’s as far as he’ll ever get. He’ll never get any tail so long as Jeremy the Joke is the human who holds his leash.

Not only has Jeremy ruined Emerson’s love life, he makes no effort to find love for himself. On several occasions, a pretty young girl comes along, rubs Emerson on the head and does that silly talk that girls do with dogs; Aren’t you a good boy? But instead of chatting with the girl and making the most of the opportunity, Jeremy marches onward as if he’s got something better to do.

One recent development that Emerson can’t stand is when Jeremy calls him “Emmy,” which is absolutely freakin’ unacceptable. I mean, it’s bad enough to be a dog named after a poet. How stupid is that! Why not “Rex” or “Buddy” or any other common dog name? 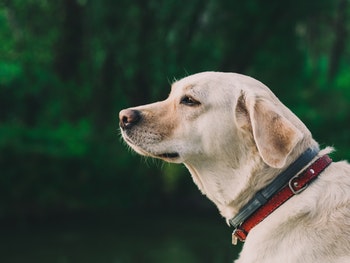 Anyhow, whatever…Ralph Waldo Emerson was in fact a great writer and poet. It’s not such a bad thing to be named after a respectable man like him. But for goodness’ sake, call the dog Emerson to honor that great man instead of shortening it to something ridiculous like “Emmy.” Sheesh

Emerson stares without expression at the boring food in his bowl, the same dry blend of kibble he’s been eating his whole life. He wonders about his brothers and sisters, the adventurous lives they’re living. They probably get to go out in nature and smell other dogs. Their owners probably have Jeeps or some other fun vehicle. They get to roam all over the woods and literally pee on whatever they want…oh the good life.

Emerson’s had many opportunities to run away. He could leave right now if he tried. There’s no way Jeremy’s out-of-shape body would ever catch him. He’s thought about it many times.

But ultimately, it’s not in the nature of a dog to abandon his owner…no matter how unworthy his owner may be. After all, there are no conditions when it comes to loyalty. And the freedom of running away would be tainted by a guilty conscience. Jeremy may be embarrassing and gross…especially when he uses Emerson’s fur to dry his wet hands…but leaving him would be undignified and Emerson knows it.

As he begins to eat his dry kibble, Emerson figures that being Jeremy’s dog isn’t so bad after all. Lots of dogs have it much worse. And although there are many things Emerson wishes Jeremy would do for him, it can’t be denied that Jeremy satisfies Emerson’s greatest need; the need to be needed.

In spite of all his flaws, Jeremy loves Emerson and he’d be so lonely without him. There are dogs out there who are free to pee wherever they want…and they can have relations with any female in the neighborhood, but they don’t have a human who loves them and needs them like Emerson does. As he gets older, Emerson realizes the value of this companionship is greater than anything he desired as a puppy.

Nonetheless, Emerson will continue working to improve the circumstances of his life. He’ll do his best to get Jeremy out of the apartment and actually make some friends, maybe even a girlfriend. Perhaps Jeremy will become more active. And perhaps that pretty Collie next door will one day want to be more than friends.

Today is the only day that matters. For Emerson, there’s no point in asking why fate matched him with such an uncool guy all those years ago. It happened and nothing will change that. Instead of imaging what his life could’ve been, Emerson now makes the most of what his life actually is. All he asks in return is that no one calls him Emmy. His name is Emerson…and he’s a good boy. 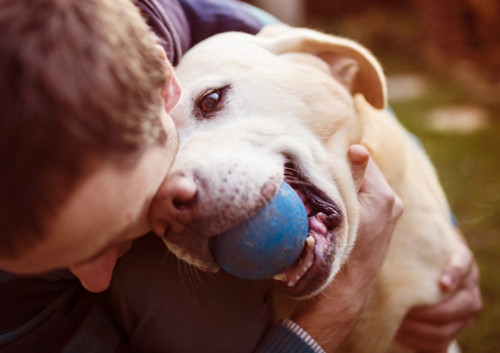