I was very pleased to find out this evening that Baylor and Matt Rhule have agreed to extend the football coach’s contract through the 2027 season. The contract officially ends in March of 2028. This means that Rhule will also be on board during the recruiting period early in 2028. This is excellent news. It’s good for Baylor, good for our players and for college football in general. David Smoak of ESPN-Central Texas broke the news on Twitter. (tag: matt rhule contract extension)

Sources at #Baylor told me tonight Matt Rhule has reached an agreement on a contract extension that will take his deal with Baylor through March, 2028. I've also confirmed Rhule told his team about the extension as they began their workout tonight. #CFB @Big12Conference

Rhule is a third of the way through his third season as Baylor’s head coach. His original 7-year contract had him making $3.5 million per year. That’s right in the middle of the range that Big 12 coaches are making. Details of the extension are not publicly known. Private schools like Baylor don’t have to disclose the salaries of their coaches. However, I did hear that the extended contract includes an enhancement to his base salary. It also includes various performance and retention incentives (post continues below) 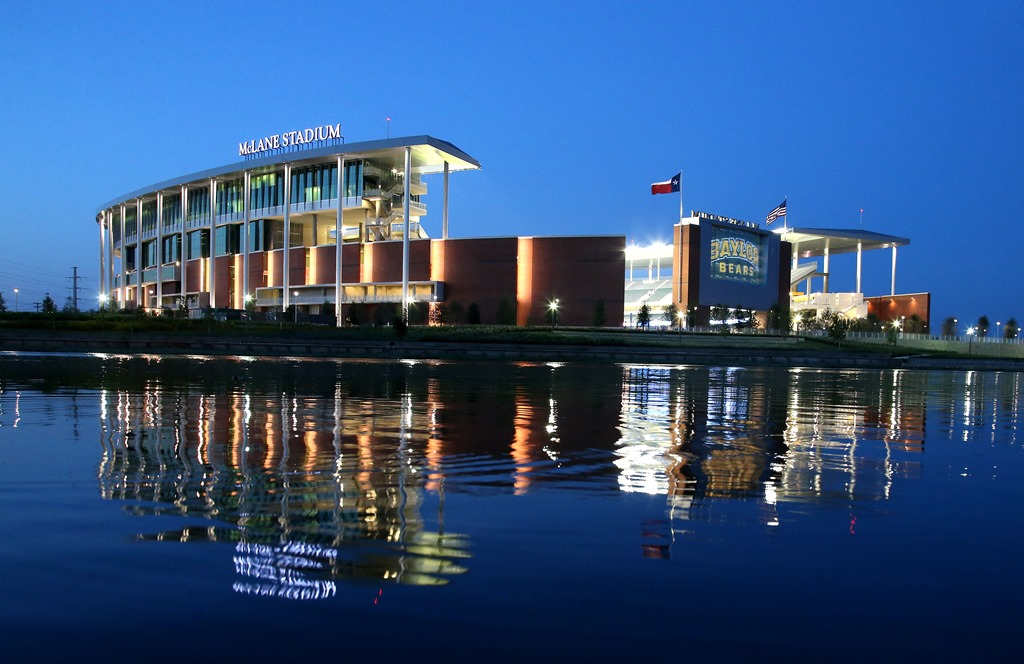 “I’m incredibly excited Matt and Julie have decided to extend their time at Baylor,” said Mack Rhoades, Baylor Athletic Director. “I truly feel Matt was called to Waco. And as a family, they are a wonderful asset to the greater community.

Matt embodies our institutional goal of preparing champions for life. He’s done a phenomenal job leading our football program both on and off the field. We look forward to continued growth in all areas under his leadership. Matt is without a doubt one of the elite head football coaches in the country.

Very high regard indeed. And I’d go a step further and say that we’re just as fortunate to have Rhoades as AD as we are to have Rhule.

In the last 8 days, Matt Rhule and the Baylor Bears pulled off close victories against Rice and Iowa State. Neither game should’ve been close. But hey, we won. I attended the Rice game here in Houston. My goodness, it was so boring. Baylor’s defense was strong despite having to defend several short fields. The offense, however, couldn’t get anything going. However, the weather was nice and I got to spend some long-overdue time with good friends. 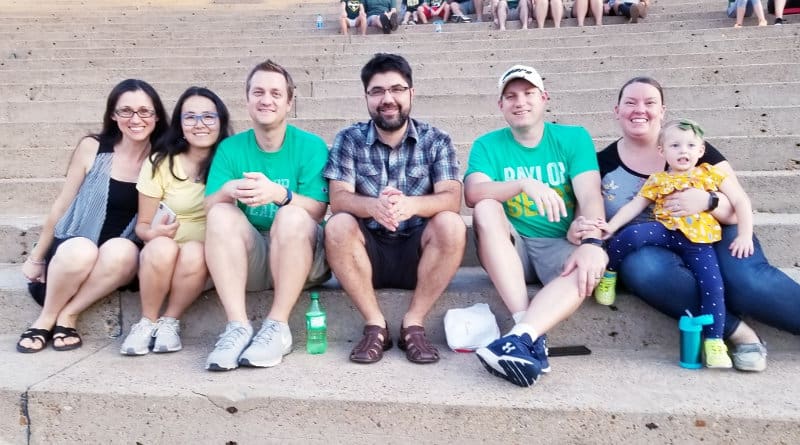 That’s me in the middle. We weren’t planning for this photo to come out so symmetrical. That’s my wife Aniela on the far left. Between she and I are our good friends Andy and Yuxuan Junis. And on the other side of me is my buddy Travis and his wife Brittney and their daughter Addison, both of whom I’d just met for the first time before this game.

Rhule acknowledged the weak performance of his offense and its need for improvement. But anyway, to put this in some perspective, I’m just glad that we’re talking about football again instead of scandals. Baylor is now 4-0. But even if we were 2-2 or 1-3 or even winless, I would nonetheless be happy with the positive direction of the program.

Last year I briefly read some articles about a couple of players who Rhule had to boot from the team. I was glad to hear it. I don’t know anything about the details of those players or their infractions. I’m just glad that disciplinary measure are in effect. And I’m very glad that Rhule and his young family appear to feel at home in Waco.

“Since arriving at Baylor in December 2016, Waco has become our home,” Rhule said. “My family is very happy here. Baylor, its mission, and its people are a tremendous fit for myself and our staff and all the things we believe in. Most importantly, I have grown to love these players and I am proud of the things they are accomplishing on and off the field.”